We are partnering with you in pursuit of a Smart Energy Future influenced by customers. We commit to ensuring continued reliability through a balanced and flexible energy mix and helping to create a cleaner environment driven by increased renewables and significant carbon reductions, all while responsibly managing costs. 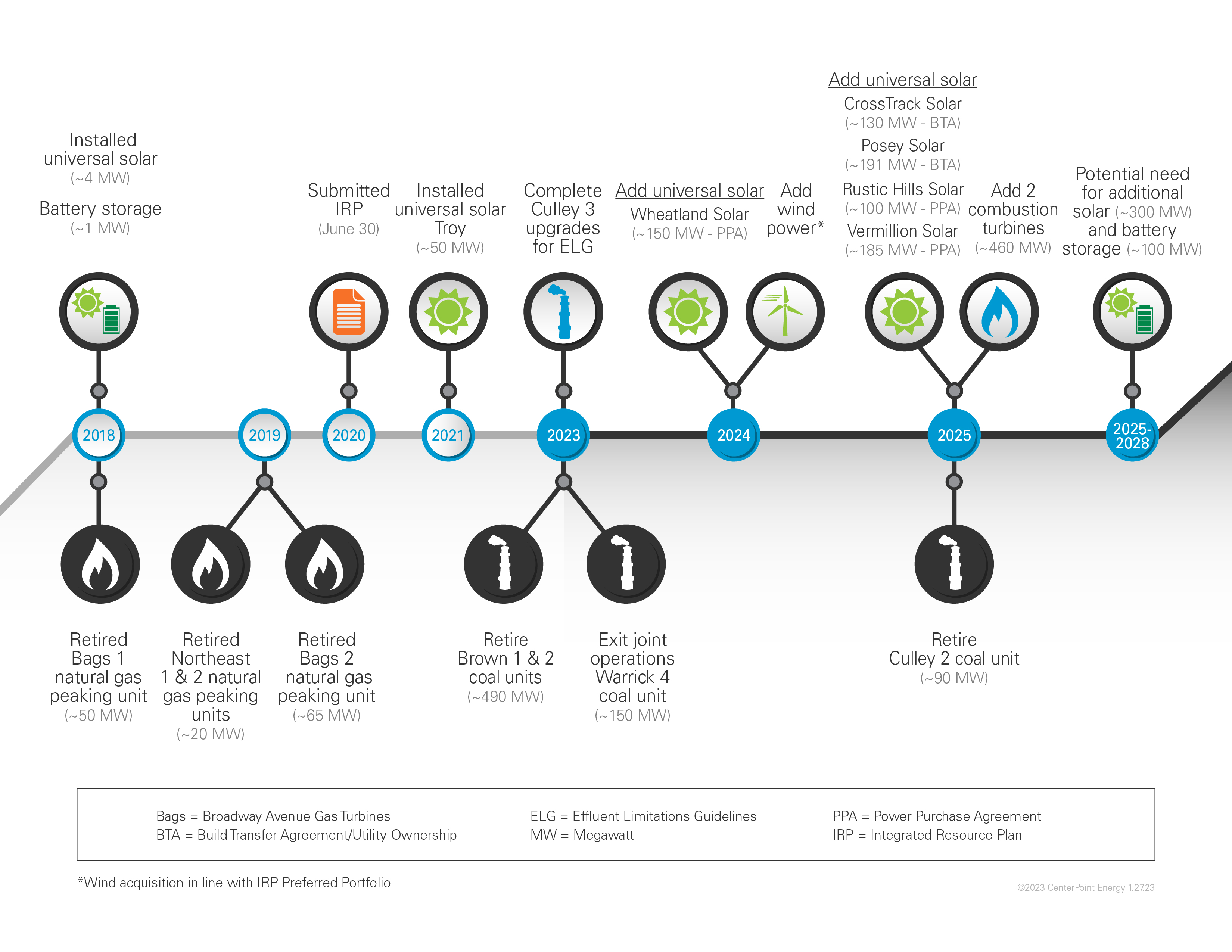 Our IRP, submitted every three years to the IURC, demonstrates how the company plans to generate and deliver safe, reliable and reasonably priced electricity to its southwestern Indiana customers through a forecast spanning 20 years.

During our final Integrated Resource Plan (IRP) public stakeholder meeting, we presented a preferred portfolio to diversify its electric generation fleet in the coming years.

The plan could save customers more than $320 million over the 20-year planning period and lower carbon emissions by nearly 75% from 2005 levels by replacing some older coal generation units with significant renewables, including a large percentage of universal solar.

This plan, which considered public stakeholder input, the outcomes of an All-Source RFP, and a wide variety of economic variables is the second consecutive IRP to point the utility in the direction of future resource diversity. Modeling conducted within the analysis points us to: